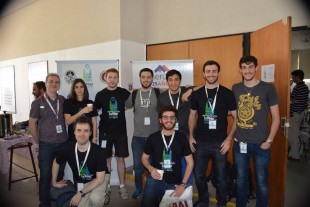 Mercap as sponsor and lecturer at Smalltalks 2017


As every year since its inception in 2009, Mercap joined Smalltalks 2017, the Argentine Smalltalks conference that brings together important members of the IT community in Argentina and the rest of the world, which this year took place at the National University of La Plata. Professionals, academics and students from various companies that base their technology on Smalltalk, shared their latest advances in the application of this renowned language.

Mercap participated with a variety of dissertations by its team of developers:


Mercap also hosted a workshop prior to the conference given by some of its developers, called: "Building web application with Smalltalk"

As always, we thank the Argentine Foundation of Smalltalk (FAST) for the excellent organization of each year. For more information about the event and FAST, click here: http://www.fast.org.ar